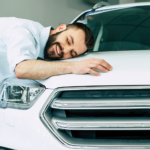 With many manufacturers launching exciting new cars in 2020, we decided to share five that we’re
excited to see hit the roads. They might not be the greenest or within reach of the average buyer,
but they all offer something spectacular to get your pulse racing.

When McLaren describes their new car as a road legal version of a track car you know it’s going to
turn heads. The 620R is as beautiful as any McLaren, and it packs a punch too. Based on the 570S,
but with 612bhp and a 0-60mph time of 2.9 seconds, the 620R can challenge anything on the road
today.

It’s also been designed to run on slicks straight from the road – perfect for an easy transition for
track days… and you’re going to be dying to get this thing on a track!

Alpina does delightful things with BMWs, and the B3 Biturbo is no different. Featuring a straight six
with twin-turbos that produce over 400 bhp, the B3 is everything an M3 is but with added
exclusivity. With Alpina now tuning seven current BMW models, including this upcoming 3 Series,
they’re still only rolling 2000 units a year out the door – and that’s as exclusive as a BMW comes.

We’re desperate for the DBX to be a success for Aston Martin, and of all the new cars in 2020 none
is more important for a manufacturer than this. It’s a lot to ask the public to find £158,000 for an
SUV – especially as Aston Martin has never built one before, but with the company in choppy waters
since going public in 2018, it has to succeed.

It certainly looks the part, and with the AMG 4.0-litre turbocharged V8 putting out a massive
542bhp, we’re hoping it’s as impressive as it sounds.

Every Koenigsegg is insane, but this blows all previous cars from the Swedish manufacturer out of
the water. It’s a four-seater hybrid GT, which sounds rather sensible until you see the specs. The
hybrid 2.0-litre turbocharged three-cylinder petrol/ethanol engine and three electric motors
produce up to 1700bhp and a 0-60mph in under two seconds!

What happens when you give a Mini Cooper S 302bhp? Nobody’s sure yet, but we’re going to find
out later in the year when this John Cooper Works beast hits the road. BMW hasn’t released
performance figures yet, but we’ll be amazed if it isn’t the quickest hot hatch on the road. If you
want one you’d better be quick as the run will only be for 300 cars.

The Trafalgar Street team can’t wait to see these five new cars in 2020, but we’d love to hear about
the cars you’re excited about this year, so let us know over on Twitter!